To invite Jerry to speak at your next event, Church or School

"Boniface - The Story of the First Christmas Tree"

I recently heard someone questioning why we decorate a tree for Christmas. Well, a few years ago I asked myself that same question, and as I searched through various books and research documents to find the answer, there were a number of theories and legends and stories – some even connected the decorating of a Christmas tree to paganism. But the answer I liked best of all was the story of this man, Boniface.

“Take Me Out To The Ballgame”

Posted by Jerry Stewart on 7/29/2022 to
“Take Me Out To The Ballgame”
and don’t even think about trying to burn our US Flag on the ball field!
On April 25th, 1976, at Dodger Stadium while 50,000 fans watched on, a scene played out in centerfield that has never been forgotten. It was a Major League game between the Chicago Cubs and the Los Angeles Dodgers and playing centerfield for the Chicago Cubs was lefty Rick Monday.

According to Rick, this is what happened in the fourth inning. He says “I was in centerfield. I don't know if I heard the crowd first or saw the guys first. But two guys went on the field. One of the guys was carrying something and I noticed it was an American flag. And when they got to shallow left field, they unfurled the flag, as if it was a picnic blanket. They knelt beside it, not to honor it, but to douse it with lighter fluid.”

The Players and the crowd at the Stadium could not believe what they were witnessing - these two guys were about to burn the American Flag. Rick Monday remembers getting very upset - what these guys were doing was wrong. He thought about all the friends he had lost while protecting the Rights and Freedoms that our flag represents, and he was mad.

So, Rick Monday started to run. He said, “I saw them go and put the match down to the flag”, but he thought “They can't light it if they don't have it.” So, Chicago Cub, Rick Monday, scooped up that flag and took off running. To his amazement, it had never been lit on fire.

And today, now retired ballplayer, Rick Monday still gets letters from all across the country. But one of the most moving letters was from a Vietnam vet. In his letter, the Vietnam vet wrote that during his two tours of duty in Vietnam, he kept two things with him. The first was a picture of his wife. The second was a small American flag folded neatly in the left breast pocket of his uniform. He said he would be in the mud for weeks and months at a time. And these two things were what he looked at, to keep him connected with reality. He wrote in his letter, “thanks for protecting what those of us who were in Vietnam, held so dearly”.

Rick Monday ended the story with these simple yet powerful words. He says, “That wasn't just a flag on the field. It was a flag that people look at with respect. We have a lot of rights and freedoms in America. But we also have the option that If we don't like something, we can make it better. Or we have the option - If we don't like it, we can pack up and leave, but don't come on to the field and burn an American flag.”

And one last piece to the story. That day, after Monday saved that flag from being burned. There was quite a buzz in the stands. People were shocked, but what they had just experienced, but then without any prompting or direction by anyone, the 50,000 fans stood and began to sing “God Bless America”. 50,000 voices, people who were moved by what they had seen, and they turned to God

Oh, may every day, be a day that as a Nation, we turn to God.

"The Shutdowns of Life"

Posted by Jerry Stewart on 1/7/2022 to
Hello to you all! First, thanks for taking the time to read my stories brought to you here each week. I certainly hope that you get as much joy out of reading the stories as I do writing them.   As many of you may already know, I've
Read More
(3) Comments

Posted by Jerry Stewart on 7/16/2021 to
In our world today there is this word, “Hero”. It’s used a lot – maybe too much. Normally when we hear the word, “hero”, we think of someone doing something so amazing that there are parades and awards presented in their honor.
Read More
(0) Comments

"Being A Fan Of America"

Posted by Jerry Stewart on 7/16/2021 to
It was Abraham Lincoln who said, “God must surely love the common man. Why?” He said, “Because look how many of us he has made".
Read More
(0) Comments

"Dying For What You Believe In"

Posted by Jerry Stewart on 1/15/2021 to
Is there anything that you feel strongly enough about that you would die for it?  A cause, a belief? Few of us today in America really know much of anything about sacrificing to the point of death, but stories in history tell it differently
Read More
(0) Comments

Was There Another Wise Man?

"Are We and Our America Just Falling Apart?"

Posted by Jerry Stewart on 8/1/2020 to
As we wind our way down to our coming presidential election, one of our political parties is saying "things are actually going quite well, and our plan is to keep our nation on the same track for more of the same". Is that true? Is our nation really doing quite well?
Read More
(3) Comments

"Are You A Fanatic? You'd Better Be" 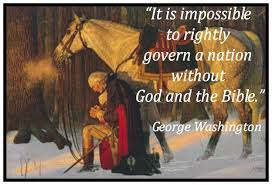 "A City Upon A Hill"

"They Tried to Burn It!"

"Getting Rid of God"

"One Nation Under God" They are Trying to Run America on the "Wrong Fuel"

"The First On The Moon"

"How Do We Save Our America? Thomas Jefferson's Final Words" "Terrorism - What Must We Do Now To Stop It?"

It's Either "Give up and Surrender" Or This!
Read More
(19) Comments

Posted by Jerry Stewart on 7/11/2016 to
In 1992, in his speech to the Republican Convention, Ronald Reagan listed the "Ten Cannots" for our nation. "Get Out Of The Middle Of The Road"

Posted by Jerry Stewart on 7/11/2016 to
We are in a real mess in our nation and our world today; it is getting harder and harder to fit in the group because, when it comes to the issues facing us all, so many in the group want to go to the middle where it is safe, where there is comfort in numbers. And when you choose to follow your own convictions, your own moral compass, to follow what Almighty God has to say, you can find yourself very much alone. But is being in the middle the answer? Read these thoughts then let me know what you think.

"In Our Upcoming Presidential Election Who Does God Want To Win?"

Posted by Jerry Stewart on 7/4/2016 to
There is one patriot we all know by his name,
but do we really know him?

Posted by Jerry Stewart on 7/27/2015 to
One of the most serious problems we have in American today is that there are few standards or absolutes. And those we do have are under constant attack of elimination. Consider this.